Morning Cups of Tea. And About Sleep...

I would love a morning sunny kitchen, but ours is a bit gloomy first thing. (Or is that just me?) So to cheer myself up a bit after a rough night in with a wakeful child, I try to start the day off right by enjoying a sweet cup of tea in the front garden. 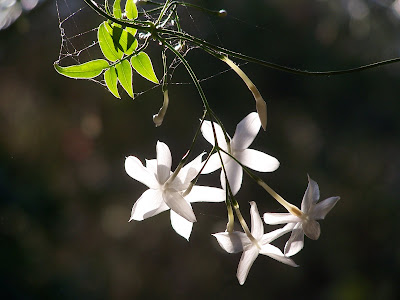 Birds calling, fresh fig leaf and flower frangrances, bright petals, dappled sunshine and that good, good tea. The kids are happy to scamper about out here, because normally I have to keep the front door shut to imprison our adventurous little runaway. 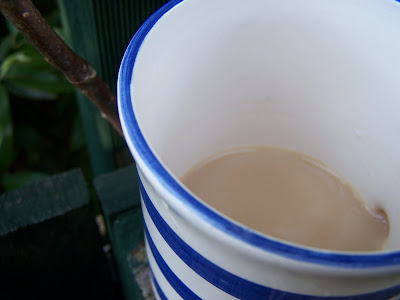 Aah, sleep. Before I had babies, I had absolutely no idea that it could take them so long to sleep all night. I guess I thought it was a few weeks? A couple of months? But until about a week ago, I hadn't had a full (ish) night's sleep for more than FIVE YEARS. Yes, for all that time I've been a 24hr milk bar and waking up sucked dry like a wizened husk. I know there are many of you who feel my pain, sisters!!! And brothers! 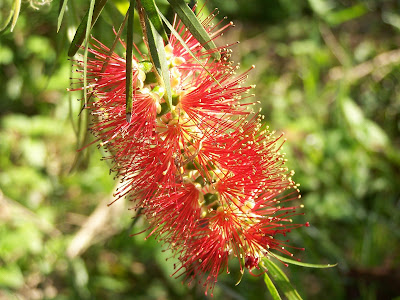 Sadly, I'm not one of those amazing, enviable souls who can just soldier on through the day after a broken night's sleep. I get tired. So tired. I wasn't even a party animal when I was young - couldn't hack the late nights! Anyway, at their worst, both my kids were waking up 8-10 times a night. I rub my eyes and shake my head just thinking about it. I would start the night with responses like, "There, there, it's all right love, go to sleep," but by around 4.00am there would be a lot of swearing, which really wasn't doing anyone any good and certainly wasn't a lovely image of attachment parenting.


I've probably made mistakes; I'm certainly no sleep whisperer, that's for sure. But I just can't bear to leave the little beggars to cry; it just doesn't feel right for me. We always intended to co-sleep and I don't regret it, although it has certainly put me off having any more children! I don't think I could go through that again! Although Mother Nature, in her kindness, does seem to have a way of making you forget after a while. Even the agony of childbirth can take on a rosy glow in retrospect...actually, no it doesn't.


I am very much enjoying the hilarious "The Idle Parent" by the eminently sensible and funny Tom Hodgkinson. I would love to be able to share with you his whole chapter on sleep, because he encapsulates my feelings perfectly. Tom speaks my truth when he says, "Sleep-deprived people lack reason. They are dark shadows of gloom. They become tetchy and irritable. Everyone seems an idiot, and the world is hostile. One friend says he gets into a sort of murderous rage, and he doesn't realize that his fury is directly caused by his lack of sleep until he finally gets some rest. Then he wakes up and feels like a different person." Here is one of his articles about sleep and napping. 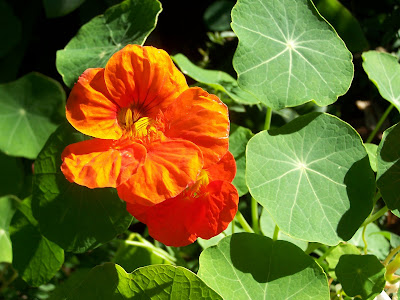 So for me, a very preciously guarded time of the day is: NAP TIME. Hooray for naps! Nature's consolation for the rough night before. Tom again:

“I count it as an absolute certainty that in paradise, everyone naps. A nap is a perfect pleasure and it's useful, too. It splits the day into two halves, making each half more manageable and enjoyable. How much easier it is to work in the morning if we know we have a nap to look forward to after lunch; and how much more pleasant the late afternoon and evening become after a little sleep. If you know there is a nap to come later in the day, then you can banish forever that terrible sense of doom one feels at 9 A.M. with eight hours of straight toil ahead. "

I hold naps fully responsible for my good health and wellbeing, and moderate level of sanity. And with Jimmy now sleeping with Daddy until the birds sing... 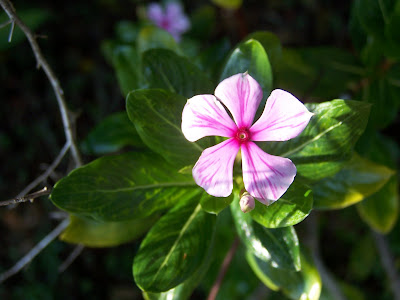