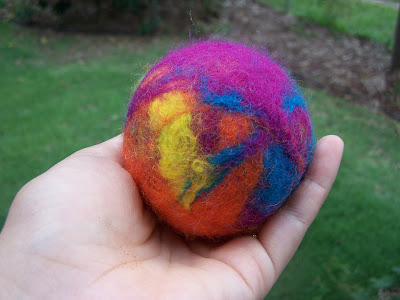 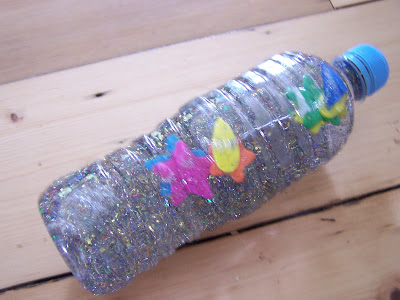 As you know, I have strong anti-consumerist, anti-materialist feelings about Christmas. I save my consuming for January, when the sales are on - haha! Not really. So anyway, I really went for recycling this year. I think it's ingeniously green, you may say outright stingy. No matter. Jimmy's gifts were the felted old tennis ball above (tutorial here) - which is a fun thing to make while you watch telly when the kids are asleep, unless of course they wake up JUST when your water is hot, the ball's half done and your hands are soapy, AND there's a good bit on the telly - and the water-bottle-glittery-roly-thing. 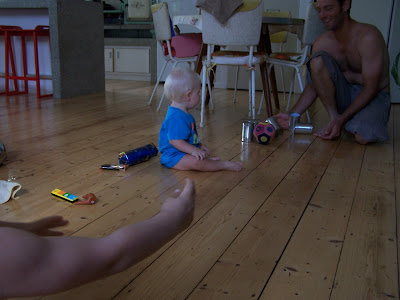 Kees received six tin cans and a ball for a game of knock'ems. Yes, this probably was a bit scabby, teehee, but devilishly funny too. Don't think I'll be getting out of it that cheap in ten years! 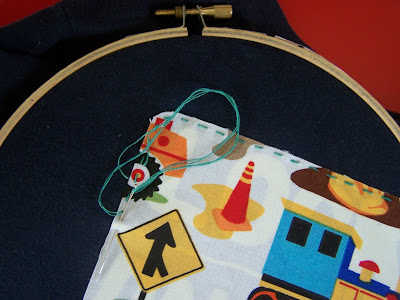 Kees was given this t-shirt by a loving relative, but I never let him wear it because the slogan on it, "LOCK UP YOUR DAUGHTERS", wasn't quite my cup of tea. So I sewed some cool fabric over the top and voila, a new t-shirt for Christmas at Grandma and Grandpa's. And no, I don't know why Dad's shirt is wet, but it does rather look like dribble. No doubt a little terror had something to do with it. 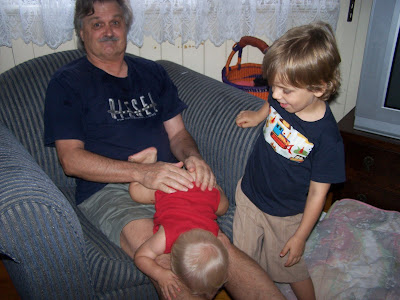 I'm just cooking minestrone for dinner while the men have a picnic at the park. What are you cooking? Kees packed the picnic and we couldn't refuse: it contained a blanket, bottle of milk, cup, half an orange and a toy for Jimmy. Awwww.

Posted by Catherine at 5:37 PM