All You Need is LOVE 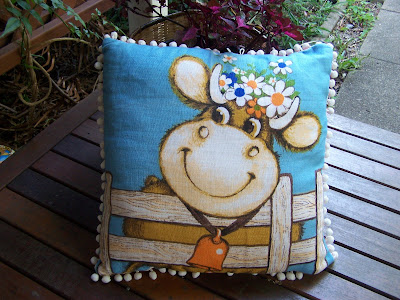 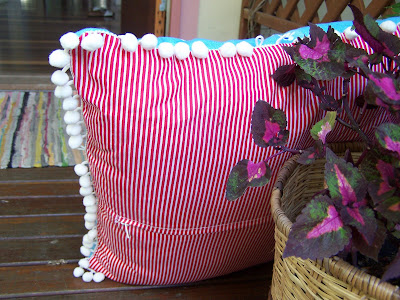 Shameless craft hussy that I am, I have brazenly copied this banner from Nick of Collecting Feathers. I hope she doesn't get mad at me - this banner was her idea, all hers! I fell in LOVE with it at the BrisStyle Eco Market but I had already spent my money on this gorgeous cushion she made (above) and also, I thought it would be really fun to make, and it was. 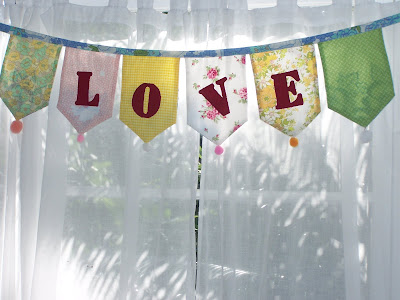 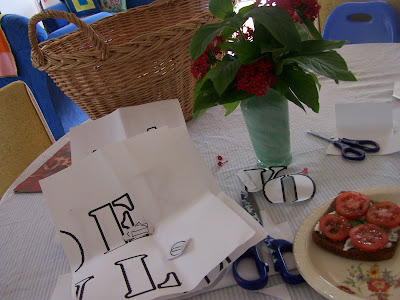 I spent some much-appreciated alone time eating toast with goats' feta, basil and tomato and cutting out the letters. Cutting out! It is sooo relaxing! It's been too long. When I am cutting out paper....it feels like I have plenty of time on my hands. Things slow down. I got the stencil letters here, for free, then spent a lot of time faffing around at the Post Office getting them the right size, while the kids made a nuisance of themselves and I kept apologising. 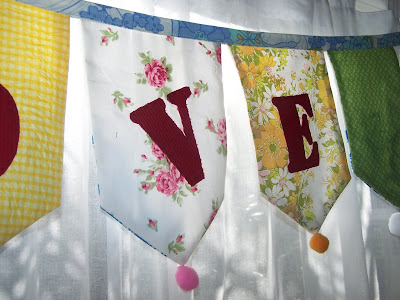 The fabric is mostly vintage sheets and pillowcases; some of the sweet pillowcases I found very hard to chop into, but took a deep breath and did it. The backing was an old wrap-around skirt. And I don't know where those pom-poms came from; mostly in the craft cupboard and under it in dingy, dusty, hairbally corners. But they scrubbed up all right. And the kids are on pain of death if they dare pull them off. (You can see on the cushion above that little hands already got started on the pom-poms before I noticed. Ahh...So that's where the white ones came from! Uhh.) 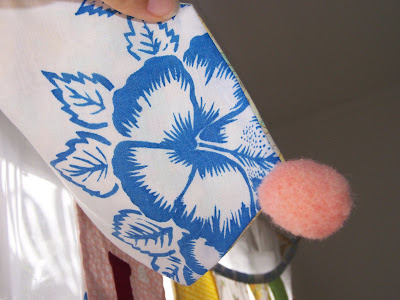 At this stage, the banner refers to Family LOVE, because Matt and I spend most... okay, all...of our nights sleeping with either one of the cuddly children, but I hold out the hope that one day it will, once again, refer to Romantic LOVE! 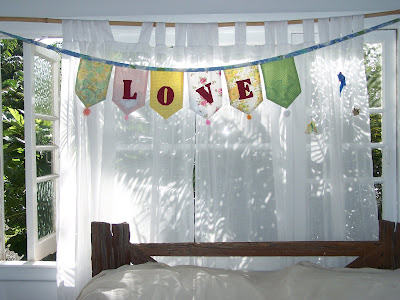 Posted by Catherine at 4:24 PM

Email ThisBlogThis!Share to TwitterShare to FacebookShare to Pinterest
Labels: Corners of My Home, Sewing and Craft